Fake it Until You Make it: The Story of Elizabeth Holmes and Theranos

Editor's Note: The Public Interest Section of the American Accounting Association is pleased to publish the following blog post by Steve Mintz, Professor Emeritus, Cal Poly, San Luis Obispo. Please contact lawrence.chui@stthomas.edu with questions, comments, or suggestions about our blog, or to express interest in our organization. Disclaimer: When you read the comments of our columnists, please keep in mind that they only speak for themselves. They are not expressing the positions of the AAA or of any other party.

A Cautionary Tale for Silicon Valley

Fake it until you make it is an expression that amply describes what happened to Theranos. It also characterizes the actions of the company’s founder and CEO, Elizabeth Holmes. The idea being that by imitating confidence, competence, and an optimistic mindset, Holmes was able to dupe dozens of investors and companies by claiming that by using a pin prick, blood could be analyzed quickly for diseases.

Holmes was dubbed the world’s youngest self-made woman billionaire but, by June 2016, estimates of her net worth had declined dramatically due to serious questions related to Theranos’s business practices. Holmes was forced to relinquish control of Theranos in 2018.

Holmes believed the testing procedures would revolutionize the way diagnostics were done and aid in preventative medicine. Using a machine called the Edison, pharmacies were supposedly able to use this portable blood test from a drop of blood. The problem was that it didn’t work and often gave out false results. Most tests were not able to be performed from a needle prick but required venipuncture.

Earlier this month, Holmes was found guilty of four of 11 charges of fraud; three counts of wire fraud and one count of conspiracy to commit wire fraud by lying to investors to raise money for her company. Each count carries a maximum sentence of 20 years in prison, terms that are likely to be served concurrently. However, Holmes is expected to appeal the verdict.

Holmes duped just about everyone about the efficacy of Edison. For 12 years, she essentially ran a Ponzi scheme by attracting millions of dollars from primarily venture capitalists that saw it as a unique opportunity to cash in on the boom in Silicon Valley.

It’s not a stretch to label Holmes as immoral. The deeper question is how she was able to fool so many bright people and one of the biggest drug chains in the U.S. – Walgreens. The answer lies in her “cult of personality.” She controlled Theranos through force of personality and control of the communication channels.

The company also stifled dissent as when one of its employees, Erika Cheung, told Sunny Balwani, the former president and chief operating officer, about the flawed quality controls at the company that had ignored problems with the process of analyzing blood. Balwani basically told Cheung to mind her own business.

Cheung realized her concerns were falling on deaf ears. She told John Carreyrou of the Wall Street Journal that “This was not an environment, that is not a culture, where they really care about what consequences this might have on patients.

The Theranos fraud became public in October 2015, when Carreyrou reported that Theranos was using traditional blood-testing machines instead of the company’s Edison devices to run its tests. Theranos claimed the allegations were “factually and scientifically erroneous.” However, Walgreen’s suspended plans to expand blood-testing centers in their stores. The Cleveland Clinic announced it would work to verify Theranos technology.

In January 2016, the Centers for Medicare and Medicaid Services (CMS) sent a letter to Theranos after inspecting its Newark, California lab, reporting that the facility caused “immediate jeopardy to patient health and safety.” Walgreens announced a suspension of Theranos blood tests from the Newark lab.

The Theranos case demonstrates what can happen when corporate governance barely exists and there are no independent directors or an audit committee to provide checks and balances on top management. It also illustrates the lengths that a company might go to deceive business partners, patients, and doctors who rely on their blood-testing equipment to produce cheaper and quicker results.

Holmes told John Carreyrou in the interview that she did not start out to perpetrate a con, she just had a vision and lost sight of right and wrong as she pursued a goal to become a billionaire. In other words, she had ethical blind spots because she was immersed in pursuing her own self-interest to the detriment of doctors, business partners, and patients.

Holmes did not tell the board of directors about the problems with the testing equipment and the challenges faced by the company in financing its continued operations. She sought out board members that had accomplished resumes but that did not mean they were experts in matters faced by Theranos or that they would challenge Holmes’s decisions. They did not understand the intricacies of blood testing. They did not know enough to question her decisions. In that regard, they were not independent of Holmes and reluctant to ask probing questions once it became known the company was in trouble.

According to the federal indictment, Holmes and Balwani defrauded doctors and patients by:

The operating deficiencies described above and false reporting to partners masked the fact that Theranos was bleeding cash. In December 2017, Holmes was forced to mortgage all Theranos’s assets to Fortress Investment Group in return for a desperately needed $100 million loan. The terms of the loan agreement included the requirement to finally produce audited financial statements, something that had not been attempted since at least 2009, according to Philippe Poux, Theranos’s last chief financial officer.

Poux stepped up the process of preparing financial statements for the calendar year 2017 that could eventually be audited. The goal of the 2017 audit was to get a clean opinion on Theranos’s financials—that is, the auditors’ “reasonable assurance” that the numbers did not include a material misstatement due to error or fraud.

Theranos closed a deal in December 2017 to borrow $100 million from Fortress Investment Group and it became Theranos’s most important creditor. The deal gave Fortress a lien on all Theranos’s assets, including its portfolio of patents.

One additional covenant was a requirement to get an independent auditor’s opinion on its 2017 financial statements by June 2018. Fortress released $65 million when the deal closed, with the rest contingent on achieving certain milestones, as well as the audit. In an interview with MarketWatch, Poux said that: “We would have been in default of the Fortress agreement if a clean opinion was not delivered by that date.”

The external auditors began work on the audit in April 2018. To avoid the auditor’s “going concern” warning, Theranos needed to prove it would have enough cash to support itself for 12 months from the date of the audit report, which was expected to be in June 2018. The problem was the auditors discovered that Theranos did not have sufficient cash to survive long enough to secure regulatory approval for its blood testing product. An audit report was never issued.

The story of Theranos is a cautionary tale where one lie leads to another and before you know it the story snowballs out of control, coverups ensue, and the company slides down the “ethical slippery slope.” The culture of the company was such that it hid important information from the public, pharmacies, medical professionals, government, and its own board of directors.

The case of Theranos, at one time a high-flyer in Silicon Valley, portrays a company run by an ambitious person who thought she could get away with just about anything. Absent the checks and balances needed for strong operating controls, and Holmes was able to do just that until Erika Cheung came forward and John Carreyrou did his expose on the rise and fall of the company.

In the end, Theranos is a story of a hard-charging CEO who was motivated by greed and hubris.

In case you missed it, the television program, American Greed, did an expose on the rise and fall of Elizabeth Holmes and the role of Erika Cheung as a whistleblower.

Blog posted by Dr. Steven Mintz, The Ethics Sage, on January 18, 2022. You can sign up for his newsletter and learn more about his activities at: https://www.stevenmintzethics.com/. Follow him on Facebook at: https://www.facebook.com/StevenMintzEthics and on Twitter at: https://twitter.com/ethicssage. 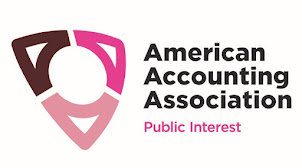